YOU ARE HERE Home Key Information | Pupil Premium Pupil Premium
“You must never feel badly about making mistakes ... as long as you take the trouble to learn from them. For you often learn more by being wrong for the right reasons than you do by being right for the wrong reasons.” ―
Norton Juster, The Phantom Tollbooth 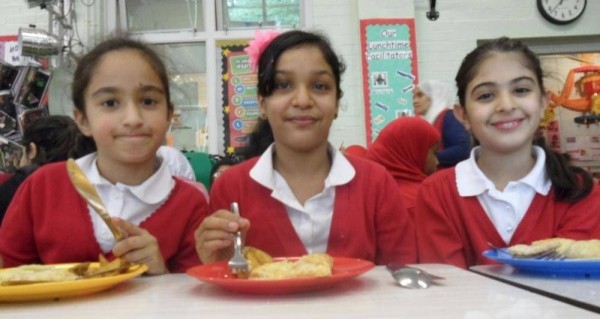 The Government believes that the Pupil Premium, which is additional to main school funding, is the best way to address the current underlying inequalities between children eligible for free school meals (FSM) and their wealthier peers, by ensuring that funding to tackle disadvantage reaches the pupils who need it most.

The document below details what Parkfield's Pupil Premium allocation was over recent years, and what was the impact of the spending.

We have been awarded a prestigious National Pupil Premium Award for 2015, for being one of the most improved schools in the country in terms of the attainment and progress of disadvantaged pupils since 2011. We are very proud to have achieved this. Please read the letter below. 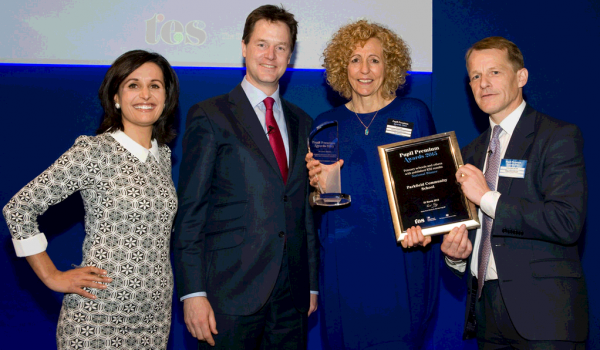 On Wednesday 25th March 2015, Mrs Pulley, Mr Williams and Mrs Stapelford went to London to the award ceremony of the Pupil Premium Awards 2015. We were very honoured to have even made it to the finals, so you can only imagine our surprise when we won not on the regional award but also the main National Award for Primary Schools.
Below is the description that was given of Parkfield School by the judges:

The school exhibits a relentless focus on closing performance gaps – tracking, measuring and tackling gaps based on pupil premium as well as ethnicity, cultural background and gender – and has made significant progress in doing so. In 2014, 82 per cent of the school’s pupil premium pupils achieved the expected standard in key stage 2 tests at age 11. And 78 per cent achieved at a level above the standard (level 4b+), compared with the national average of 53 per cent.

The school takes a robust and systematic approach to identifying the challenges its pupils face and the impact that these challenges have on their learning by focusing both on academic achievement and wider work such as encouraging aspiration and parental engagement. The judges were impressed by the school’s clear understanding of the specific barriers faced by its pupils, many of which are linked to their cultural context. As a school located within a predominantly immigrant community, Parkfield recognises that many of its parents have English as a second language, or otherwise have language difficulties, and so are less able to support their child’s learning.

The school has taken the initiative to offer parents learning opportunities and engage them in their child’s learning and has seen improved support at home contributing to the high attainment of some pupil premium pupils.

To solve a serious punctuality issue, the school launched a walking bus to enable pupils to arrive at school on time. This has been widely popular and data demonstrate a huge fall in the number of teaching minutes lost to lateness, both at class and individual pupil level.

Analysis of pupil premium pupil performance in mathematics showed those pupils without a computer at home were falling behind, and finding it difficult to complete homework. A maths breakfast club for pupil premium pupils without a computer at home has resulted in significantly increased attainment and a closing of the gap. The evidence shows that extending school time – when used to deliver additional academic support that is stimulating – can be an effective approach.

The school is recognised as a local maths leader, having established a “maths academy” to work with other schools in the region to provide maths education to pupils, and continuing professional development to enhance teacher confidence in teaching maths. It has received training from Services for Education to deliver 1st Class @ Number & Success @ Arithmetic maths interventions from Edgehill University, which have been used successfully to enable pupil premium pupils to make enhanced progress. The school has also focused firmly on long term planning, with the majority of its approaches to closing the gap firmly embedded into the work of the school.

We are delighted to have been selected as a finalist for the 2015 Pupil Premium awards. This means we are in with a chance of winning a very large prize for the school and going to an awards ceremony with Nick Clegg, the Deputy Prime Minister.